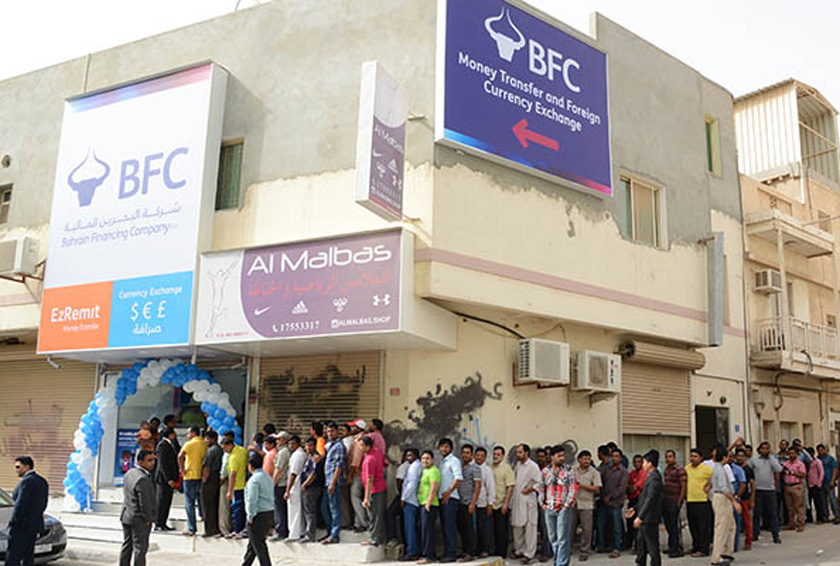 With further plans to open more branches throughout the year

The Tashan branch, which is located near Darwish Market, is BFC’s 41st branch and will provide trusted worldwide money transfer services at low fees and great rates to the local and expatriate communities residing and working in the area. As well as an array of remittance products to countries including India, Bangladesh, Egypt and Pakistan, customers can also exchange over 40 foreign currencies for business or personal travel at competitive rates.

To celebrate the opening of the branch, which will be open from 8am – 8pm, 7 days a week, BFC gave away 100 gold coins to its first 100 customers that made a transaction at the branch. Commenting on the opening Mr. Kashif Khan, General Manager BFC said, ‘We are committed to opening new retail locations across Bahrain, where there is a requirement for our customers to have convenient branches to make their all-important money transfers back home to their family in their home countries. We will continue to go to our customers, where they need us and look forward to opening further locations throughout the year.’

Customers of the new Tashan branch who make an FX, remittance or Smart Money transaction with their BFC Bonus Loyalty Card, still have a chance to be automatically entered into the current nationwide BFC Mobile Mega Draw campaign which ends on the 9th May 2015. During the campaign BFC are giving away 3 x iPhone 6 and 47 x Nokia 130 phones every Sunday.

BFC currently has 41 branches across the Kingdom of Bahrain and specialises in sending money around the globe safely and quickly to over 40,000 locations in 30 countries, through its own money transfer product – EzRemit. Its global reach is extended to over 200 countries through its partnership with MoneyGram an international remittance company. BFC is the main provider of foreign currency exchange in Bahrain and customers can buy or sell foreign currency at the most competitive rates in the market from any of the BFC branches.