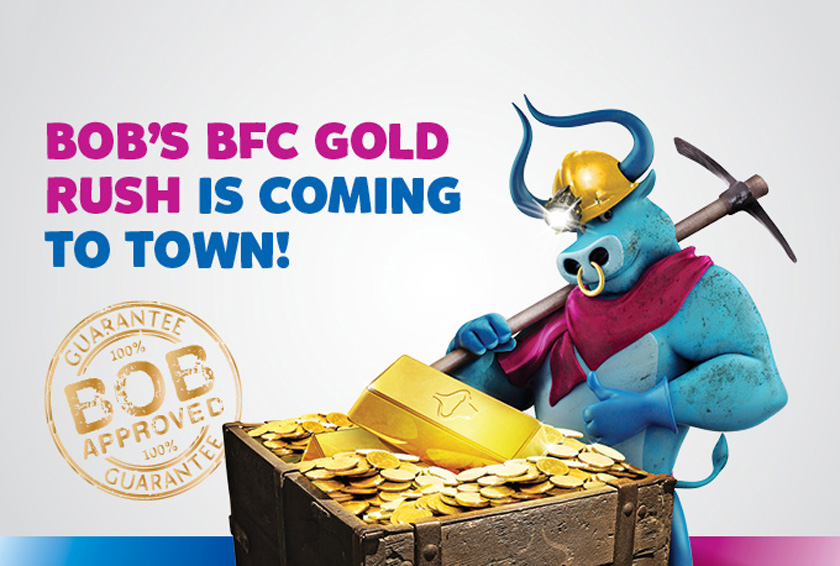 Bahrain Financing Company (BFC), the Kingdom’s oldest and most reputed worldwide money transfer and foreign exchange group, have launched its latest campaign ‘Bob’s BFC Gold Rush’. Commencing today and running until the 17th September 2016, BFC will give all customers that make a transaction within the campaign period a chance to win a prize of gold.

Commenting on the campaign, Mr. Kashif Khan, BFC’s General Manager said, “With the holy month of Ramadan upon us, we are delighted to spread goodwill amongst our customers by rewarding them with the chance to win great prizes. We wish all our customers and their families a healthy and blessed Ramadan.”

BFC currently has over 45 branches across the Kingdom of Bahrain and specialises in sending money around the globe safely and quickly to over 46,000 locations in 30 countries through its own money transfer product – EzRemit.  Its global reach is extended to over 200 countries through its partnership with MoneyGram an international remittance company.  BFC is also one of the main providers of foreign currency exchange in Bahrain and customers can buy or sell foreign currency at the most competitive rates in the market from any of the BFC branches.